They say, “no pain, no gain.” I think most of us would agree this statement is tough to agree with sometimes, but it’s true. I’ve made big mistakes in my life, but each time when I’ve got back up, and on my feet, I am stronger and usually wiser than before. Most of the time we try to take action when we fail, assess what we’ve learned, and apply it on so that big failure can be an even greater success next time. This is what some of the greatest inventors, politicians and celebrities of our time say, anyway. Sometimes we sit on our hands, squirm, and then maybe do some more sitting until we finally are pushed to the brink and, just can’t take the pain of failure or the status quo anymore. Someone wise once said, “You’ll look back at your life, and if you did it right you’ll observe the failures along the way and cherish the successes.” 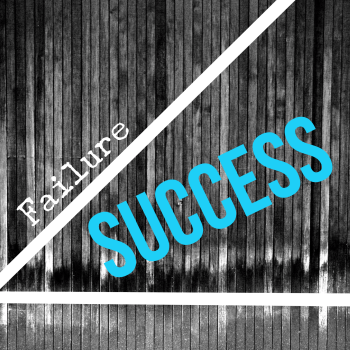 You will make mistakes. They really can’t all be avoided. Life is bitter-sweet that way. If it were just success along the way, it would be very boring. In fact, it would be very mundane and we’d struggle to relate to each other. From failure we can rise, and say, “Yes, I was once there, I have the scars to prove it, but I’ve made it through the fire and now I’m standing up here and it feels fantastic!” You live and learn. The employee who gets fired for coming in late, eventually learns his situation at securing and keeping a new job is bleak unless he learns from his last job and starts coming in on time. The student that’s expelled for cheating on her math exam, sooner or later must look at tutoring and putting more effort into studying or she’ll never finish school. And the girl that dates a guy for his Ferrari and money will get her heart broken when she finds out he loves his car and his money than her. Eventually she’ll look to date guys that are more interested in her and not their toys. Sometimes we don’t learn our lesson the first time, but sooner or later we must or life just becomes a terrible struggle, as we skid and crash along the road of burning bridges. I am an advocate of making a mistake once or maybe twice, but learning from it, and learning well. I like to hold onto the lesson from that mistake and use it as fire to grow and develop, and energize me in my day to day activities. My rule of thumb is, the greater the consequence and pain, the greater the change and positive impact on you life. Not that you seek the mistake that gives you more pain and consequence, but you can use them to change your life. Think about the Hell’s Angel gang member turned counsellor or the couch potato with health issues turned marathon runner and health enthusiast. It happens more than you think. These people don’t just wake up one morning and decide to turn over a new leaf because they want to. It more than often takes our mistakes to fuel us to change our way and rise to greater heights. Steve Jobs is a textbook example of this. Most of us know he created Apple, but few actually know that he failed miserably at the first attempt at making a computer people wanted to buy and could afford. He was canned by the company he founded and flopped around for a number of years, but learning along the way, until he got a second chance. We all know he hit that one out of the park. It might sound strange, but we should indulge when the pain of failure hits us. The formula is to dig down deep, assess the situation, think positive, avoid regret and learn from it. Sometimes easier said than done, but that’s the general idea.

It’s the human condition to avoid pain. It just doesn’t feel good. You put your hand to an element once, and then never again. We would much rather experience pleasure and satisfaction. The irony is that we don’t learn much from that. Often they can lead to another failure with too much indulgence. Failure doesn’t define us, it’s how well we get back up that does. Failure allows us to grow and change our ways. We mustn’t fight it. Our bodies must endure pain to get in shape, and our minds must endure it when we want to learn something new like an instrument, sport or language. Don’t leave it up to chance that your failure will be enough to make you change your ways. The pain might actually end up tainting you if you don’t deal with it properly. To grow from failure a few things you can think about doing are:

It is possible to make something great out of something that didn’t go so well. We humans are wired to grow through adversity, and will continue to. Failure is good, it’s just crucial that you let it’s hands take course in a beautiful and powerful way, positively shaping you to get back up well.